At Texas Transmission & Auto Center, we pride ourselves on being able to diagnose and repair any type of transmission on any type of car, whether foreign or domestic.

One thing is certain – every transmission is different and each make and model requires a level of knowledge and training that we regularly give all of our technicians here at Texas Transmission & Auto Center.

One of the more popular car companies in the world, for example, is the Honda Corporation. Hondas have a reputation for being one of the most reliable and long-lasting cars in the world, a designation the company has held for quite some time now.

But even the most reliable cars will need a little Tender Loving Care (TLC) from time to time, and that’s where our Honda Transmission Repair San Antonio team come in.

So let’s talk a little bit about Honda vehicles, particularly their transmissions.

One thing we do want to point out is that the Honda Corporation issued a vehicle recall in 2004 that specifically dealt with the 2003 and 2004 Honda Accords. This was due to a gear issue that could potentially cause the transmission to seize up.

That recall was later expanded to include Honda vehicles that were made from 2001 to 2003 and included the Odyssey, the Pilot and several versions of the Honda Acura.

So if you drive a Honda that is more than 15 years old, you may want to have it checked out. If you’re not the first owner, chances are that the owner before you did just that, but it’s better to be safe than sorry.

What types of transmissions are found in Honda vehicles?

Newer Honda vehicles traditionally use the CVT, or Continuously Variable Transmission. This differs from traditional automatic transmissions in that is uses two pulleys connected via a steel band, rather than employing fixed gears. Advantages to having a CVT include:

They do have higher maintenance demands than traditional automatic transmissions, however, so you’ll want to check your owner’s manual and be sure you’re keeping up on the proper care of the CVT.

How often should I change my transmission fluid? 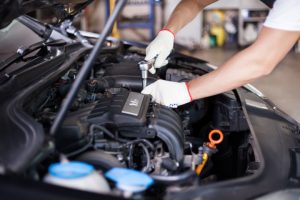 According to several Honda dealerships in the United States, transmission in a Honda vehicle should last for at least 100,000 miles, while some can remain strong for double that amount of time. These are generalities, of course, and each car is different. But on average, if you’ve recently bought a Honda vehicle, we shouldn’t be seeing you for some time here at Texas Transmission & Auto Center. If your car is a little older, bring it in and our Honda Transmission Repair San Antonio technicians will perform a quick diagnosis on it just to be sure everything is okay.

What are the most common transmission issues with Honda vehicles in San Antonio?

Particularly in older Honda models, the most common transmission problems seems to revolve around the transmission’s torque converter, which is a type of fluid coupling that allows the engine to spin somewhat independently of the transmission. They essentially perform the same function as the clutch does on cars with manual transmissions. So if your car won’t shift into gear smoothly, it could be a defective torque converter.

What are some common signs that my Honda transmission is failing?

Your car often gives you warning signs in advance of any major issues, which will hopefully give you enough time to get it to a Honda Transmission Repair San Antonio mechanic and diagnosed.

Some of the more common signs that your Honda transmission is beginning to fail include:

Are there ways that I can prevent transmission problems with my Honda vehicle?

Some of the ways you can prevent transmission problems from creeping up ahead of schedule include:

How much does a new transmission for a Honda cost in San Antonio? 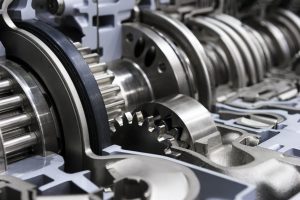 You probably already know that completely replacing a transmission in any vehicle is on the expensive side as it’s one of the largest and most important components of any engine. On average, a new transmission for a Honda vehicle is going to range from a low of around $1,500 to a high of around twice that amount, depending on the make and model of your vehicle. Our Honda Transmission San Antonio technicians pecializes in Vehicle Transmission Replacement. So if you ever needed a little extra motivation for keeping up with the care and service of your transmission, that potential cost could be it.